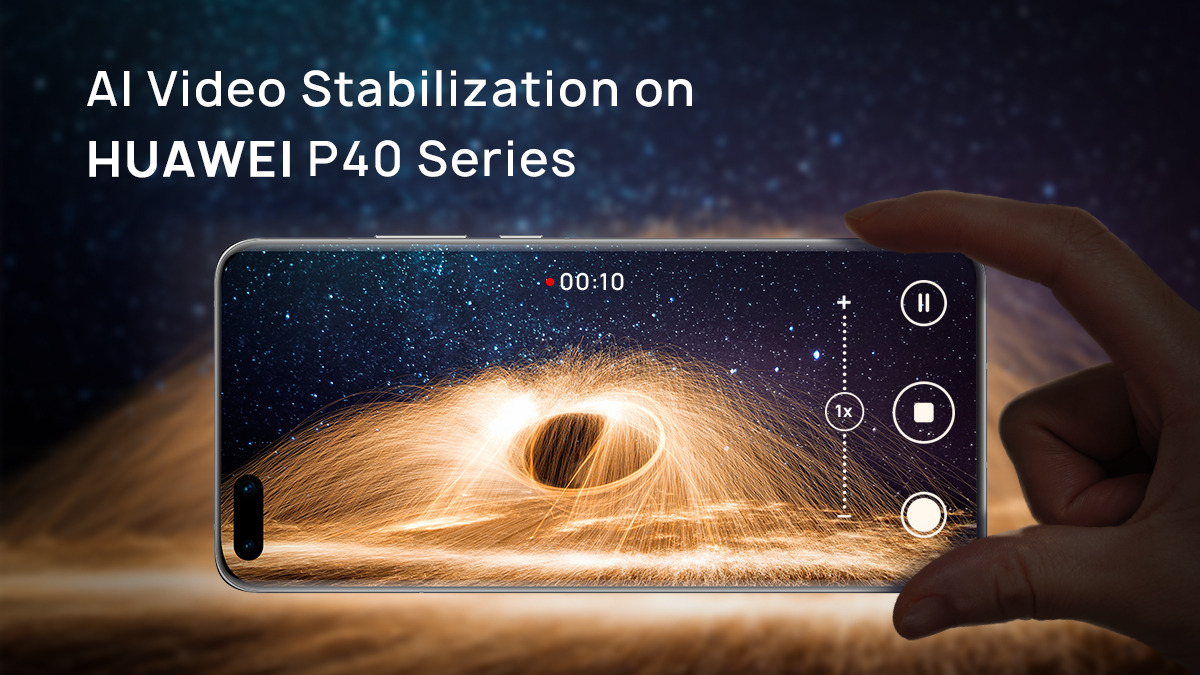 Convenient video shooting has taken on greater significance in daily life, as both a creative outlet and a way to capture everyday experiences. Smartphone videography has therefore become an important draw for just about everyone. However, shooting steady footage has remained a major challenge, as even the slightest camera movements can compromise image quality and lead to a disappointing experience. That's why we're happy to announce that the HUAWEI P40 series represents a milestone for smartphone videography, coming equipped with cutting-edge stabilization features.

A video can be considered as capturing a large number of images and displaying them in quick succession. The rapid transition from frame to frame means any presence of any camera movement will have an outsized effect on the final footage.

EIS analyzes the positions of key elements within a frame in real time, and aligns them with those in the previous frame, to reduce blur that would've otherwise been generated when the two frames are played in rapid succession. This process is repeatedly performed over the course of shooting. EIS is remarkably effective across a wide range of shooting scenarios, and especially suitable when the photographer is walking or in motion. However, it only deals with discrepancies between frames, and is not equipped to address the issue of blur in a frame.

OIS makes use of a special motor or a gyroscope to detect the magnitude of camera displacement within a frame, and to move the lens accordingly to compensate for the amount of displacement. This process is applied throughout the shooting, and the end result is a succession of blur-free frames. The advantage of OIS is that it substantially enhances image clarity. However, the nature of its working principle allows for only a smaller range of correctable motion, and less effective stabilization when larger movements are involved. It has still become a fixture in flagship phone models, thanks to what it can do. Video stabilization on the HUAWEI P40 series incorporates principles from both EIS and OIS, and calibrates targeted optimization for long-range, wide-angle and night shooting. So on a P40 phone, videos are captured with next-level clarity and stability, regardless of where you go, or what time it is.

A telephoto lens, with a long focal length and narrow angle of view, is designed specifically for capturing distant subjects. You're probably familiar with the frustration of holding the phone as still as possible, but being flummoxed by the fact that the view in the frame constantly changes, making it nearly impossible to shoot a quality video. On the P40 series, the Kirin 990 chipset's prowess is harnessed in a telephoto-dedicated stabilization algorithm, which works in conjunction with a proprietary image signal processor (ISP). Such groundbreaking software-hardware cohesion has brought about three times the steadiness under 15X zoom!

Night videography has proven to be a tough nut to crack for palm-sized smartphones, due to inevitably deteriorating image sharpness. On the P40 series, OIS has been implemented to improve quality for each frame, and EIS to eliminate cross-frame blur. Specially-designed algorithms also play a part, by adjusting exposure based on the surrounding environment. This means you can easily capture the full splendor of a neon-lit cityscape under a velvety sky, and fully relive the beauty of life after dark.

Though the principles behind night shooting are relatively straightforward, they remain difficult to put into practice, and require the deployment of formidable capabilities with regard to cache management, data transmission and mobile computing.

Processing for night videography on the P40 series: 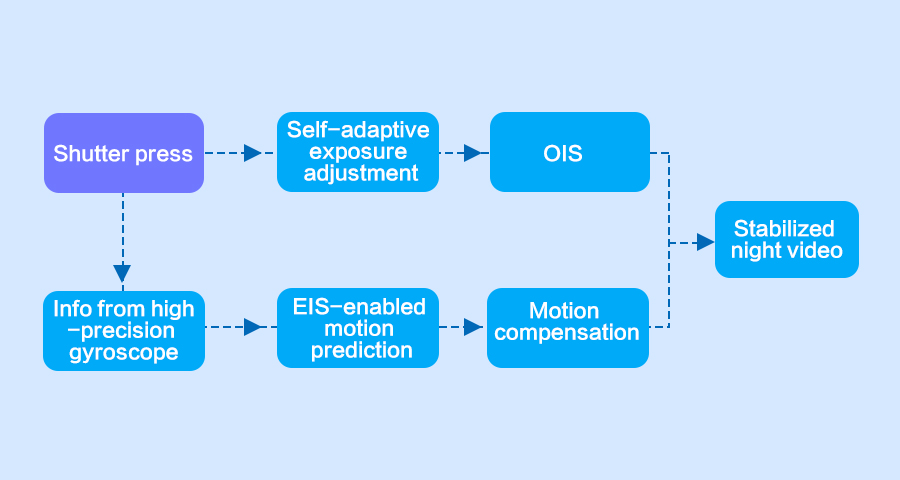 Another noteworthy feature that deserves its due is the all-new Huawei-exclusive motion prediction algorithm. It analyzes the magnitude and frequency of camera movements, and predicts a motion path for the camera — all of this is achieved on an automatic basis, and is imperceptible. Anti-shake corrections are therefore more precise, and the final footage is uncannily smooth and sharp.

But most importantly, video shooting remains as easy as ever within the camera interface — just aim, touch… and admire!

Product has been added to your wishlist